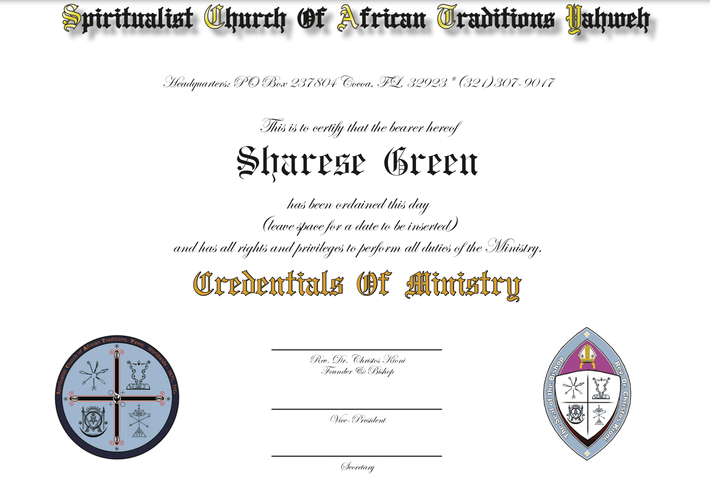 The Spiritualist  Church Of African Traditions- Yahweh INTL (SCATY) is a multi-denominational religious organization with members all over the world.  By becoming an ordained minister of SCATY, you'll be granted all the rights and privileges afforded to clergy members of other faiths – including the ability to perform legal wedding ceremonies. Ordination also opens the door for you to start a personal ministry, preside over other religious and spiritual ceremonies, and much more.

Membership is open to anyone who feels called to join; the SCATY welcomes individuals of all backgrounds and belief systems into the fold. Plus, unlike traditional religious organizations, we don't require years of training or expensive courses to become a member of the clergy. Becoming ordained is free, and can be done entirely online.

How to Become a Minister
The Spiritualist Church Of African Traditions- Yahweh INTL believes that all people are naturally endowed with the right to control their own spiritual life, and thus that all those who feel so-called should have access to ordination.

Ordination at the The Spiritualist Church Of African Traditions- Yahweh INTL  is completely legal, economical, and isn't complicated. You can take your first step today by completing and submitting your online ordination application with the suggested donation today..

Cost For Your ordination Package Is $100 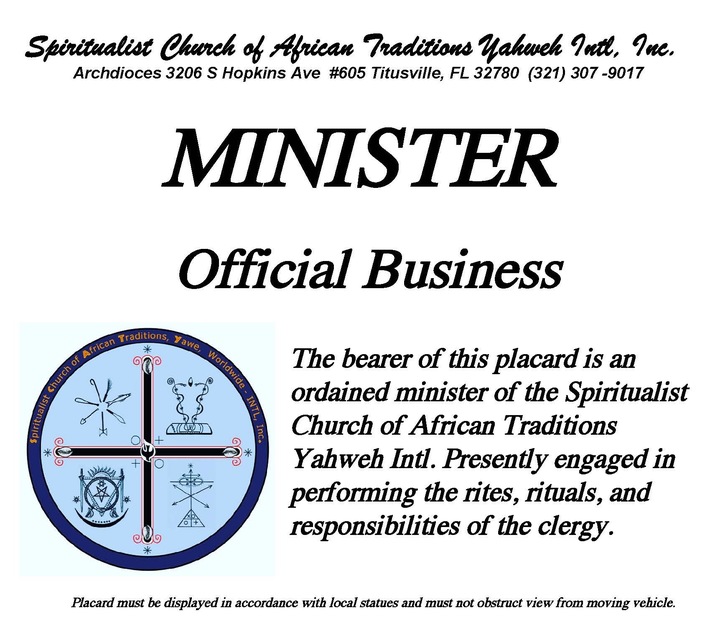 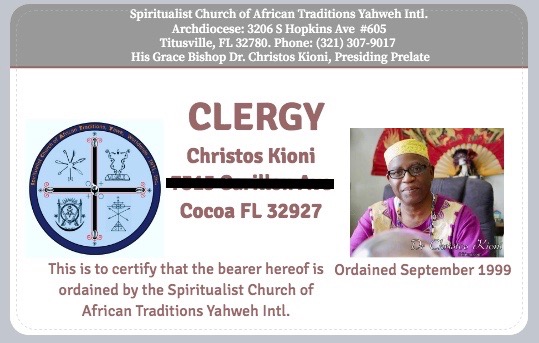